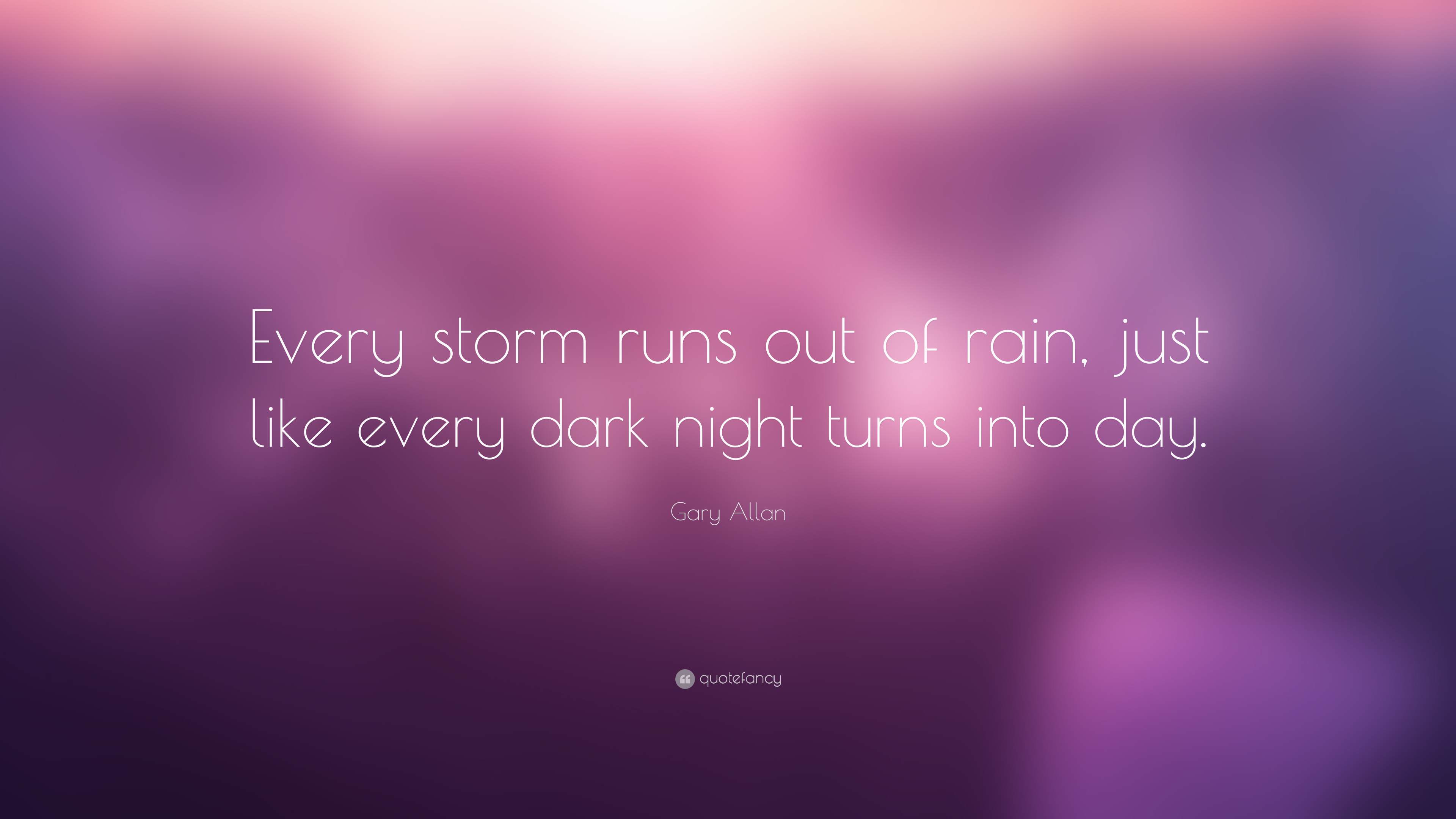 Experiencing Positive Through the Negative

Like peanut butter and dark chocolate, Jersey and traffic are as common a pairing. Hardly as delicious as the former, the latter sometimes lends itself to getting one’s creative gears going. With the right song and head-space, you can easily find yourself at your destination before you know it!

One song that was recently on the radio was “Every Storm” by Gary Allan. I hadn’t heard it in a while, but had liked it enough before to have downloaded the single years ago. As I listened to it after a while, it got me thinking about the negatives we all sustain in our lives, and how we get through them.

From there, I began to think about negatives from the past, in the present, and those that may occur in the future. However, it wasn’t so much with a depressed viewing, contrary as that sounds; but with an understanding of the positives that can come from each time frame.

Negatives From the Past

As you get old enough, it becomes easier to pinpoint some negative examples from your life as you gain experience. Losing a relative is a common one, and if it’s someone you’re especially close with, a jarring one for sure. You were probably experiencing a lot of bad emotions and devastation during that time, and found it hard to concentrate on much else.

“Every storm runs, runs out of rain” is the beginning of the chorus in the song. Now as hard as the above example was, there does seem to be some truth to that? This, of course, depends on the person and situation, but looking back on those past examples, how do you feel now? Sure, sad, depressed and/or longing could easily describe those emotions; but you’re here, now, after sustaining those negatives. The pain isn’t as raw if you’re far enough removed, and you’re literally experiencing the clear skies from that dark time.

Negatives From the Present

Most people can at least name one, if not multiple, and the hope is –  it’s not that serious and/or common. But as you’re wading through the muck of those examples, is there someone at your side helping you through it? If not, are you finding that you’re able to fight through it on your own? Is it moving you to make better decisions, and/or course correct where need be? If you answer “no” to any of that, consider what the positives behind changing your thinking could do for your present state.

However, if you answer “yes” to any of those questions, then you should hopefully find some positivity through that as well. For example, if you can’t get traction with an artistic endeavour, the hope is you still have people around you to encourage you to keep going. If they’re few and far between, then let the light of your creativity keep burning, if for no other reason than the love of your art. The point is to appreciate the positives behind those at your side that keep you motivated, and or your personal determination to see your project through.

Negatives From the Future

Well, no one wants to think about this but let’s be honest, we all do. Again the variety of ways negatives could manifest in your future are many. I won’t even use one as an example because especially as a positive thinker, I’d be going against the type to really delve into that head-space.

But, don’t mistake positive for naïve, as, trust me, quite a few do! None of us are going to get to the finish line without sweating, an untied shoelace, and/or a shin splint or two. And if that sounds negative that’s because it is; but it also allows you to appreciate the abundance in your life now. If that’s lacking, then changing your outlook and energy could not only benefit you today, but every tomorrow that you’ll have for the rest of your life.

If nothing else, this should focus your determination to never let the negative win out. You survived your past examples, scarred but still standing. Your present negative status may be bogging you down, but you can and will get through it if you focus enough on the positive energy within you. And the future may yet be explored, but you can prepare for any eventuality as best you can by knowing that the negative will never be permanent… Because it doesn’t have to be.

“So hold your head up and tell yourself that there’s something more, and walk out that door.” That’s another line from the song, and very much represents the theme of this entire article. Have you been able to take the positive from the negative at any time in your life? As wide ranging as they can be and/or potentially devastating, focusing on the best will help you get through the worst.

And whether that door from the song is physical or not, use the negative to learn from, and to leave past and excel. Because the past is gone, present is all around us, and future is yet to be.

Matt is the last of 5, uncle of 10, and part of an overall family of loved ones and friends mostly in Jersey. A walking contradiction for any number of reasons, he strives to use his ample energy in a positive and artistic manner. Creativity and humor is also his driving force in work and in pleasure. Writing is one of his passions, body mind and soul wellness one of his goals, and belief in destiny his motivation.