From Tunisia With Peace 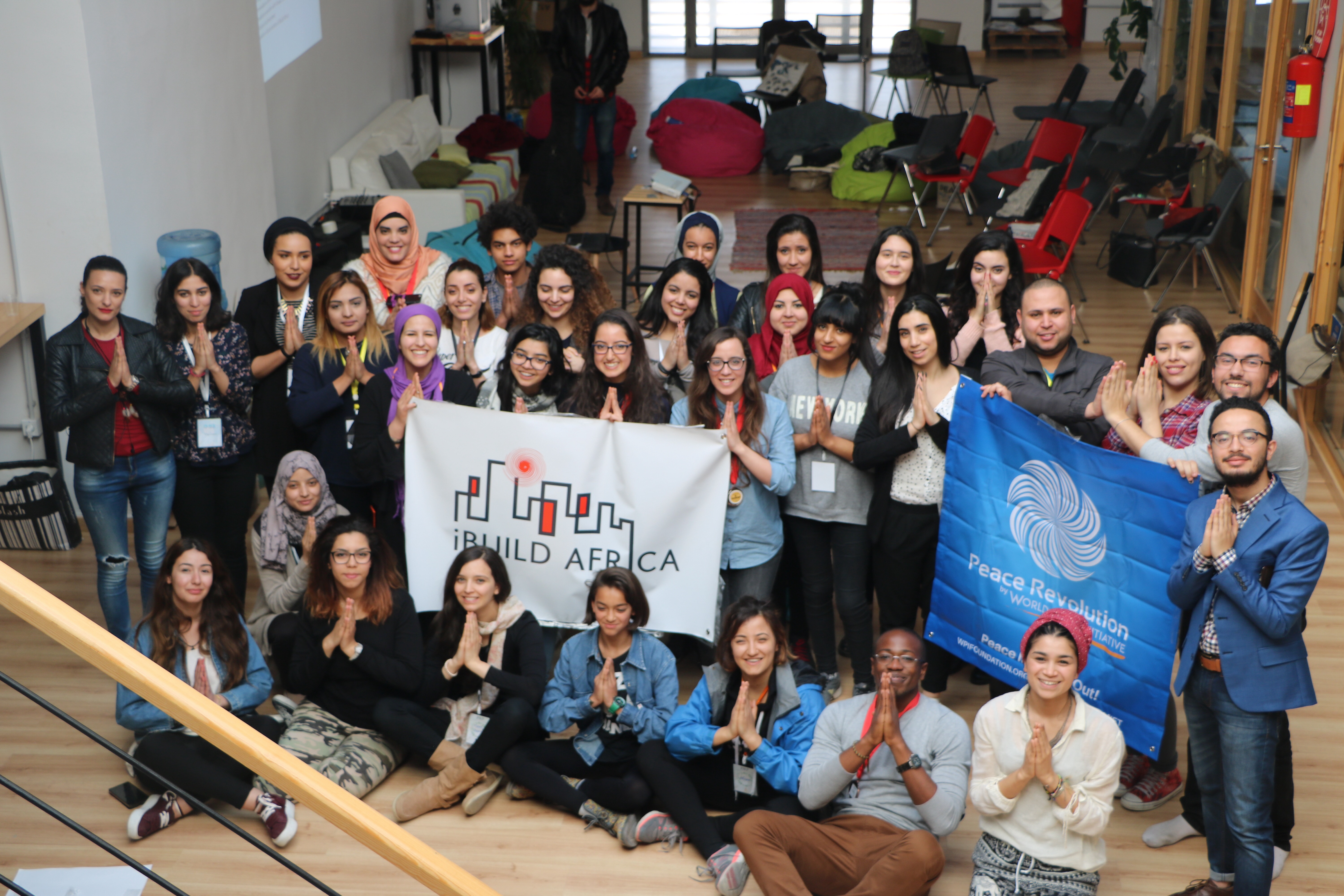 Tunisia, a 12-million people country situated both in the North part of Africa and in the memory of the whole world for the Tunisian Revolution in 2011. Unfortunately, Tunisia’s name has been lately coined by international media for security threats, extremism, and ticking bombs. All of these misconceptions have swept under the rug a great number of freedom restored after the Revolution and the continuous efforts to maintain the democratic transition gained in January 2011. Six years later, we are still here, chanting the slogans of the Revolution and adding ‘Peace’ to work, freedom, and dignity.

January 4th, 2017 was the date when our vision of the project Peace not Pieces was well polished. The idea of organizing a series of workshops under this name was an answer to all of the shattered efforts witnessed in the society. It wasn’t actually difficult to notice what the Tunisian civil society had been tirelessly trying to achieve to counter violence and build peace in the country. The activism scene is actually still a beautiful river of mixed visions and ideas, bloggers, NGOs, and us – some young people who happen to be enchanted by the idea of achieving peace and prosperity through developing our own inner peace first. 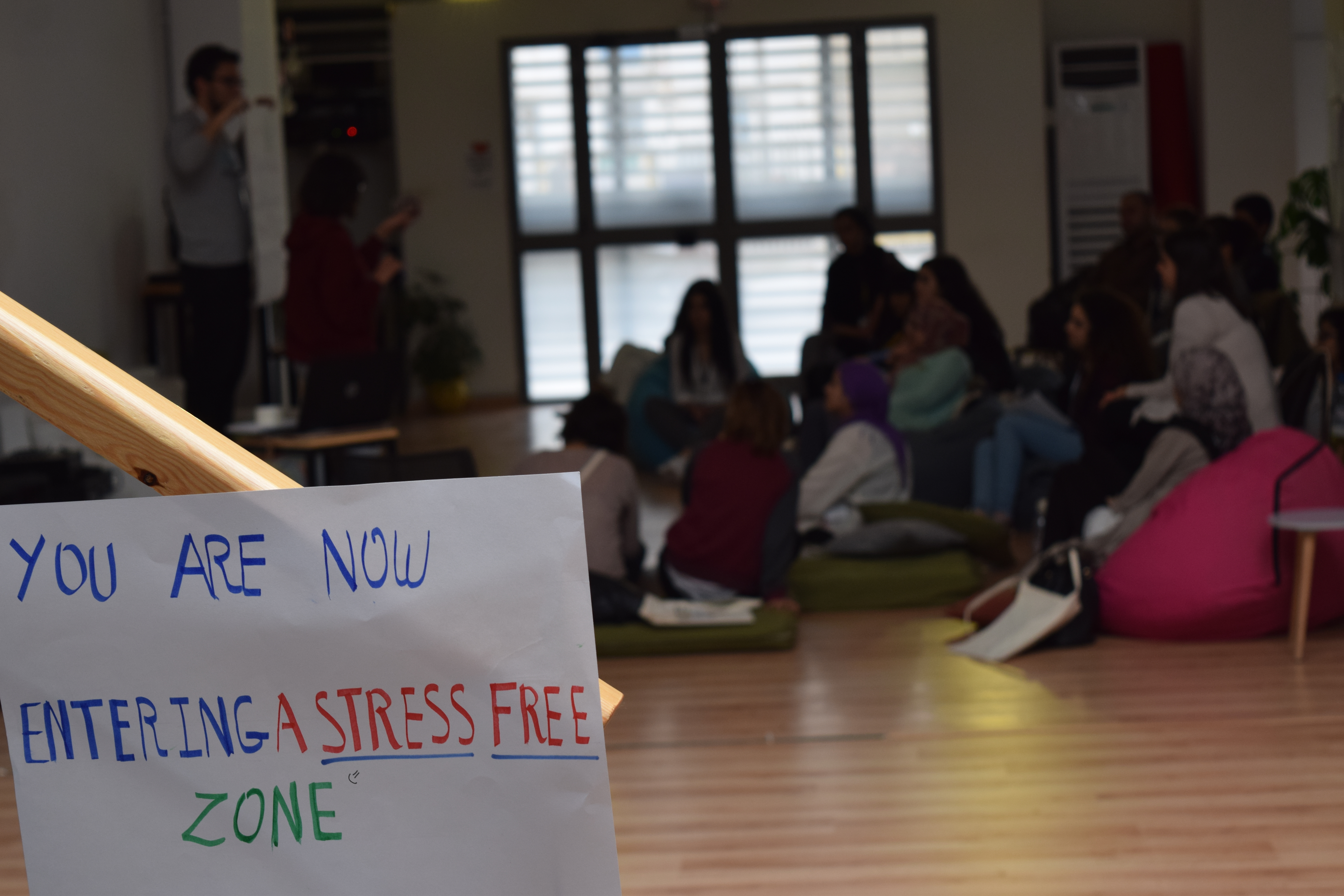 Indeed, our vision was as simple as inviting whoever was interested in making the change in their community to a series of informative workshops and meditation sessions. We launched an application form that has surprisingly  appealed to over 200 people from all over the country, among which the majority had never tried meditation before. “What a challenge!” Yassine, a member of an organization committee said.

As a pilot project Peace not Pieces could host up to 50 participants coming from the dunes of the Southern desert in Tataouine, till the Eastern seaside resort in Sousse.

Close your eyes
March 24th, 2017. Baggy light-colored shirts and yoga pants, smiles, and curious looks scanning the venue with its traditional rugs and cushions. The first meditation session went amazing with the presence of Louay, a Peace Architect (meditation trainer) from Morocco. A brief introduction to meditation was given right before saying the magic words: “If you are ready, you can now close your eyes.” And there it started; a new journey for some and a nostalgic moment of re-connection to three of us who had experienced meditation before. 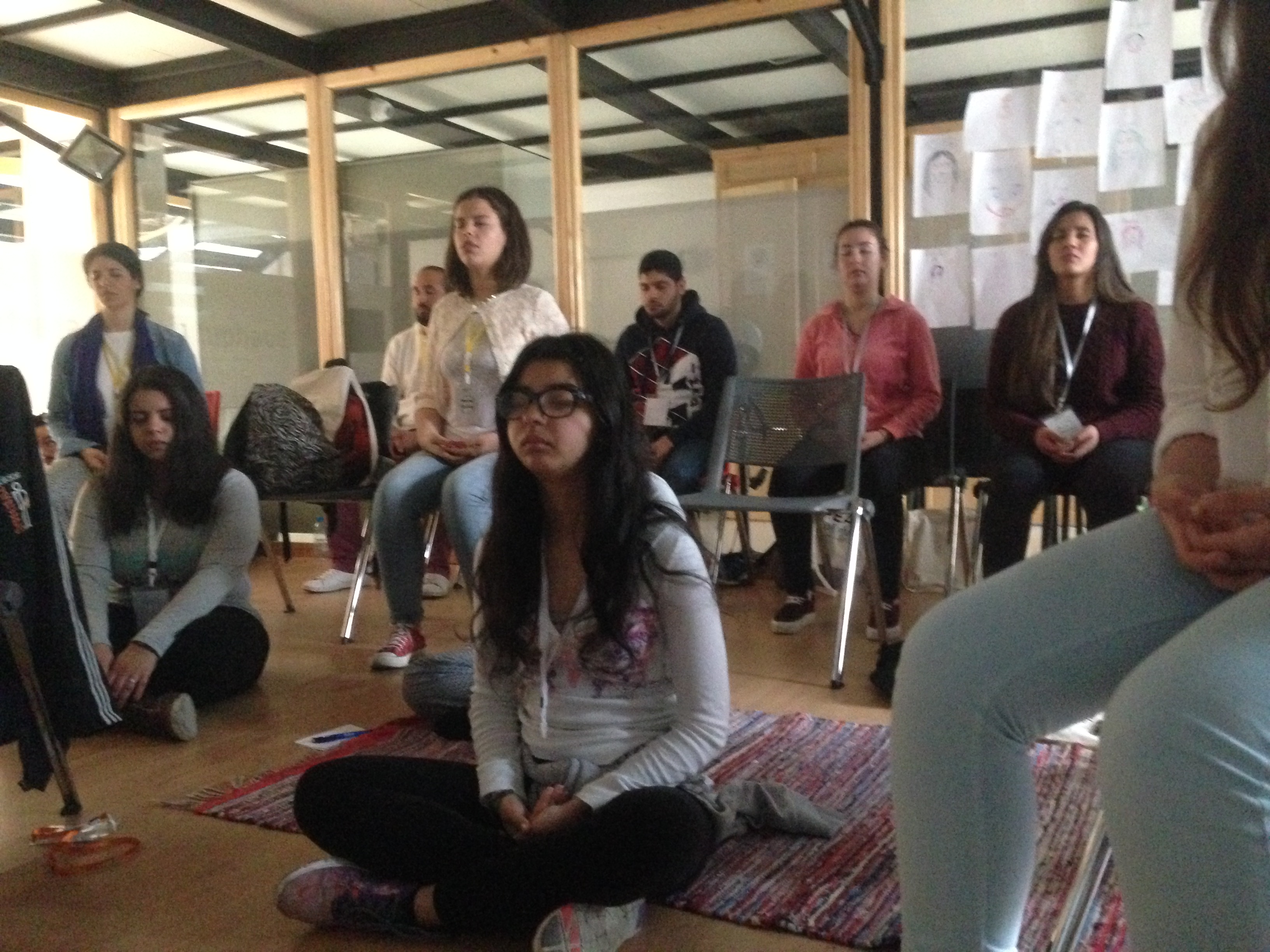 During the 5 minutes of meditation, one can easily sense the gentle breaths getting in and out, rhyming with Louay’s words softly pronounced, leading everyone’s mind to its safe place.

Following a famous Tunisian song that recites “Just like a sailor, coming back to the sea that drowned him. Just like the butterfly coming back to the fire that burnt me” we too came back to the source of our thoughts and worries – our mind. We closed our eyes and started a journey of self-awareness and trust. Undoubtedly, trusting such newly-introduced practices in a culture like ours demanded trust and strong belief – how much we needed that!

What we came to understand is that meditation – or like I like to call it “the gymnastics of the mind” – is absolutely not about fiercely rejecting your thoughts. It is neither about happy thoughts and finding yourself within the lights. It is actually a way to cope with your thoughts by finishing one thought at the time just like the way you tick those lines off your to-do list. Meditation for us is the simple practice of self-actualization and contentment with the present moment.

How brave can we be for gently embracing some parts in us that we have been in war with! Not only brave, it is beautiful and empowering.

I still remember the first time I felt that I didn’t want to open my eyes when these words were said. Same with some of the participants, the experience went a bit emotional; a bit too deeper than they expected. In this moment, I thought of Rumi’s words: “In this world of trickery, emptiness is what your heart wants.”

The session later on continued with sparkling eyes and energetic spirits. The ice between participants melted and they have all found joy in following the given presentations about non-violent communication, personal branding, project management that allowed them to work on the presented challenge: how to build Peace in your community. They all used the occasion to dare to dream – to get out of their safe comfort zone and unleash their creativity for the wellbeing of their targeted communities.

Tunisia, a 12-million people country and 50 young Peace Pals who  are now ambassadors of social change. Their view of positive systematic change and prosperity is no longer just about joining a political movement or seeking to affect legislation. Their impulse now is to reach out, to help, and advocate for meditation as a practice of spreading their inner peace to the world of shattered pieces. As 21 years old Nader Oniange from Tunis said: “We want more of this!” 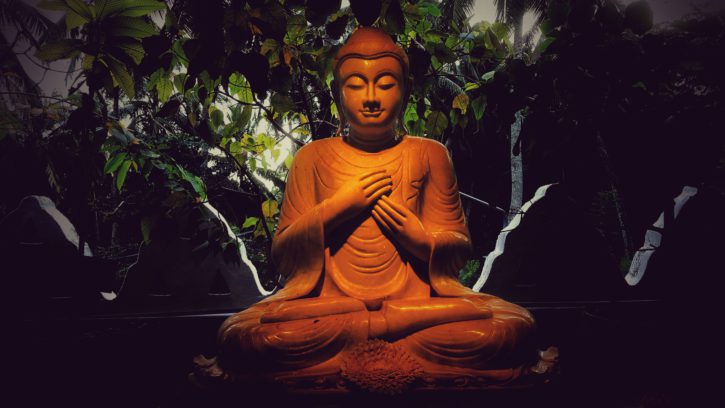