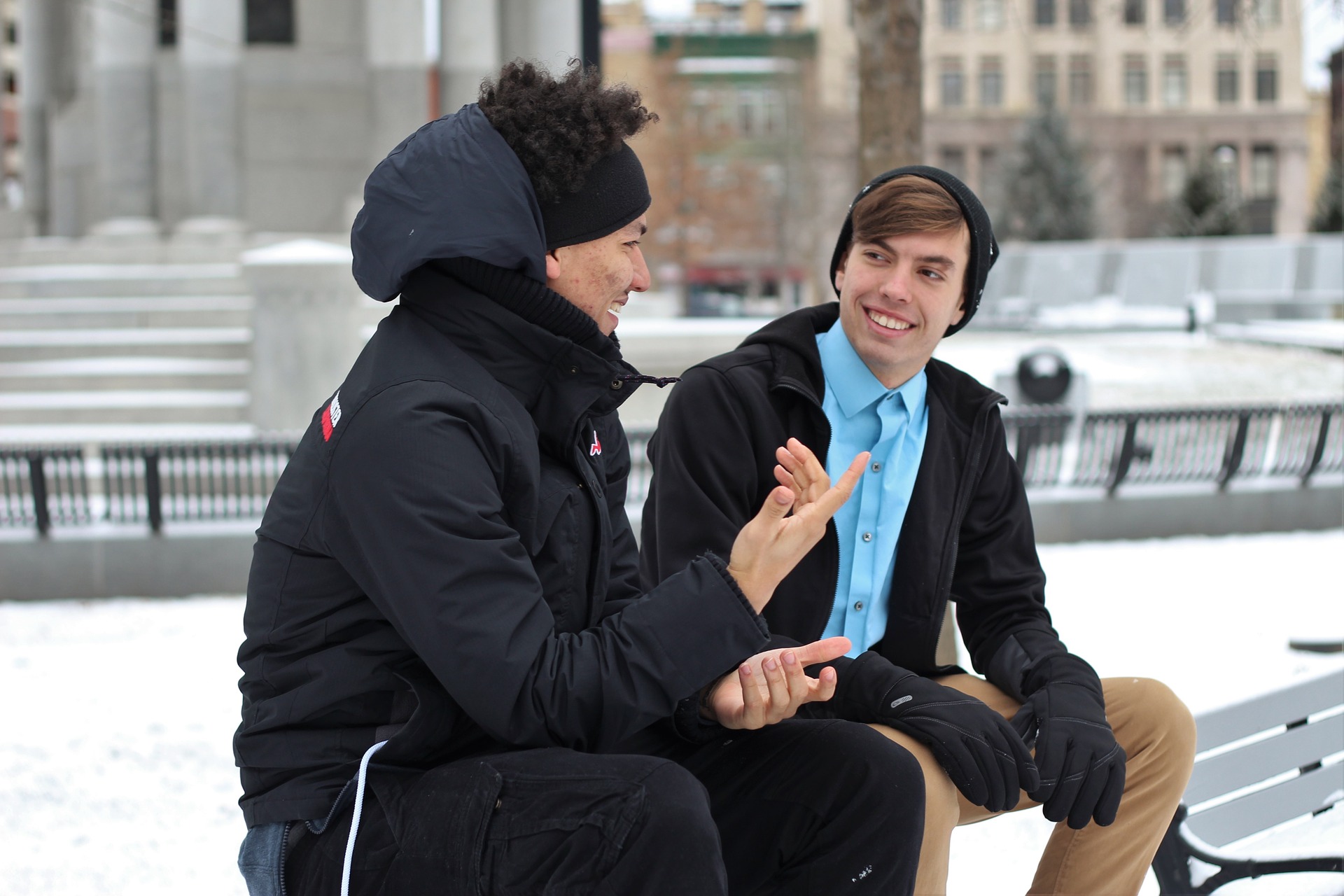 The world we live in today can be overwhelmingly divisive. It can become difficult to have conversations about the things that are important to you when we encounter extremism, misinformation, or even just other people’s anger. Social issues, interpersonal differences, and politics have become more and more polarized in recent times, fuelled by factors like the influence of social media and the confirmation bias of our filter bubbles. We are all bound to experience conflict, but how we handle these challenging situations makes the difference between them hurting or strengthening our relationships.

Conflict isn’t always negative. In fact, conflict can be quite constructive. It can open our minds to different viewpoints, challenge assumptions we take for granted, and help us grow as individuals. However, positive conflict depends on respect and avoiding common pitfalls.

Learning to keep a level head while also clearly communicating your ideas and opinions, even when they are being challenged, isn’t easy. If you are able to achieve a state of peace in the face of conflict, it will be a skill that will continue to serve you well in many situations.

Think about these tips, and try to incorporate them next time you find yourself in a challenging conversation:

1) Think about your body

We often say more with our bodies than we do with our words. If you’re feeling heated or upset, your body language can quickly reveal your true feelings. It’s not always possible to be aware of how we physically react to others, but try to be a little more tuned in during heated conversations.

Focus on keeping your body language neutral. It’s important to appear calm, friendly, and prepared to have an open dialogue. The person you’re speaking with will pick up on any signs of agitation or discomfort, like:

If you start to exhibit any of these behaviors, take a deep breath and correct yourself to avoid letting your body language impact your discussion.

Successful communication begins with you. It’s very important to show the person you’re caught in conflict with that you’re secure and confident in your argument. Defensiveness sends others lots of signals, and none of them help you prove your point.

Defensiveness can come across as your feeling insecure about what you’re saying. It can make others feel like you’re unsure of yourself, or that you’re actually trying to prove a point to yourself, not them. Little supports your argument better than your own confidence in what you’re saying.

3) Stay away from low blows

On the other hand, nothing discredits you more than personal attacks. Stay away from insulting comments, eye-rolling, and dismissiveness. Not only do these behaviours incite more anger from who you’re speaking with, they show that you’re not prepared to be objective or fair during the argument. This also opens the floor for them to respond the same way, which will not result in a productive resolution.

Never attack someone’s character if you really want to get your point across. They’ll be so focused on the personal attack that they’ll stop listening to anything worthwhile you say. Instead, turn your attention to the things that they are saying about the issue at hand.

If your opponent jumps into this kind of behaviour right off the bat, ask yourself what their intentions really are. They may have started the conversation just to get a rise out of you. If this is the case, engaging with them further will just lead to frustration for you and them getting exactly what they want. In these cases, skip straight to tip number 8.

It’s hard to walk the line between assertive and aggressive sometimes, but a lot of it has to do with the way you speak and the nonverbal signals you send.

5) Be proactive, not reactive

It’s a great idea to learn about what the people on the other side of the argument think and feel before you get caught in a conversation unprepared. Running into the other side of the argument when you’re unable to clearly articulate a response can be frustrating, especially if what the other person is saying is offensive to you. Hearing offensive or objectionable comments may lead you to react in ways that escalate the tension.

Look into what the opposition is saying beforehand. This can help you prepare for some of the arguments you might run into while talking with others who don’t see eye to eye with you. Putting in some extra thought about how you’ll react if someone says something offensive to you during a sensitive discussion can help you avoid losing your cool. Don’t react to the things people say to try to get a rise out of you; plan for it, and counter with a calm demeanour and thoughtful argument.

Many people associate vulnerability with weakness — this shouldn’t be the case. In fact, it often takes a lot of strength to be vulnerable around someone who disagrees with you. It’s our gut reaction to wall up and defend ourselves. However, vulnerability can have a powerful effect on an argument.

Anger is often a defence against feelings of sadness, discomfort, or disappointment. In relationships where an unequal power dynamic exists, anger is often expressed to attempt to scare the less powerful individual into conforming to the wishes of the more powerful individual. It helps protect the more powerful person from being exposed to things that might upset them, such as the sadness a parent might feel if a child is hurt because they don’t listen to the parent.

Vulnerability allows us to shed our anger and express what we truly feel. Anger alienates others, because it works under the assumption that an unequal power balance exists, which implies that you view the subject of your anger as someone less powerful than you — whether you’re conscious of it or not. Anger means, “Because I said so.” Vulnerability means, “This is why I said so.”

Empathy is one of the most powerful ways to connect with others, even those that you don’t agree with. Showing others that you truly understand how they feel is an important part of proving to them that you can see things from their perspective. You don’t have to agree with what they say, but you have to understand where they’re coming from if you want to show them a new outlook on the issue. Practicing empathy also helps improve your overall emotional intelligence, which can lead to stronger and more productive relationships with those around you.

It can be tough to show empathy when others are hateful or irrational. In these cases, it often helps to look deeply into their argument to figure out how they came to it in the first place. Are they sad or scared? Feeling these ways can lead people to construct irrational solutions to their problems when there isn’t an easy, real solution.

8) Learn how to stop talking

There will be times when you reach an impasse, and when you can no longer have a productive conversation. Learning to recognize when you’ve reached this point before the discussion devolves into wasted energy and hurt feelings can take practice. Learning how to gracefully exit the conversation can also take time.

When it’s clear you’ve reached this point, it’s important to avoid stonewalling the other person while also successfully disengaging. If your gut is telling you to end a conversation, assess if anything is being gained from continuing the back and forth, and if not, it’s okay to simply say, “I don’t think we’ll be able to get anywhere with this conversation right now.” If you feel like there might be room to talk again later, when things have cooled off a little, it’s perfectly fine to let the other person know that. If you don’t feel like there’s any point in continuing the conversation later, that’s okay too.

Ultimately, in these cases, when there isn’t a clear resolution to the discussion, you win by not losing. You succeed by respecting yourself and the person you’re speaking with, by honestly and clearly communicating your thoughts, and by refusing to engage in behaviors that aren’t productive. If you do all of this, you’ll be able to walk away from any argument knowing you did your best and kept the peace.