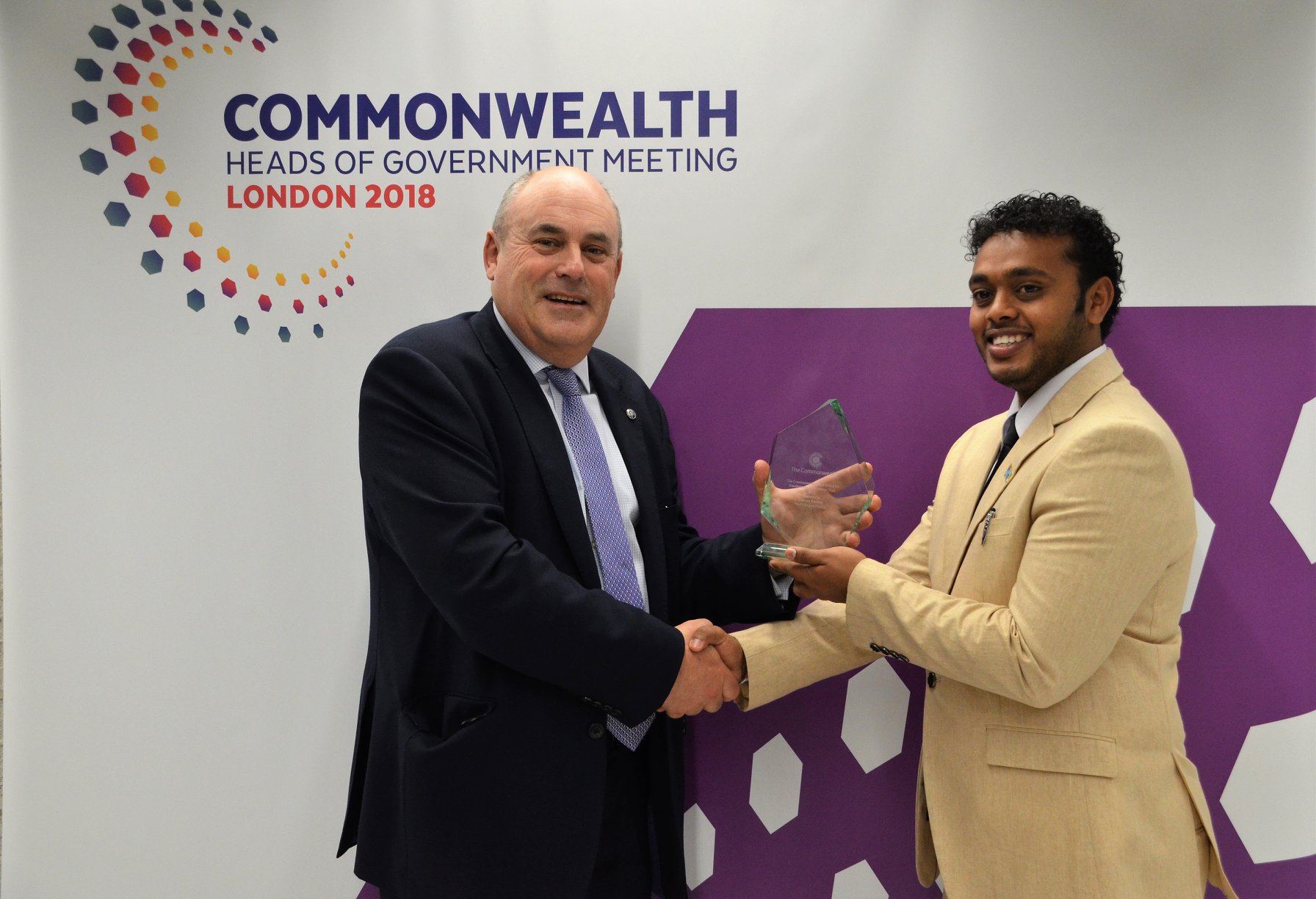 Elvis Kumar (25), peacebuilder from Fiji was fortunate to be one of the 5 Pacific Regional Finalists at the Commonwealth Youth Forum (CYF) hosted in London from 16th to 18th April. In the Forum, young people who are contributing to peace and security, poverty alleviation, conflict resolution and other areas were brought together for the Commonwealth Youth Awards 2018 under the theme “Towards a Common Future”.

Elvis Kumar, who is the Oceania Regional Coordinator and Certified Mindfulness Trainer for the World Peace Initiative Foundation (WPI) and Peace Revolution project, has been engaged in youth work, social development and community services not only in Fiji but in the Pacific Region. He has represented Fiji and has been the voice of the young Fijians in numerous seminars and conferences abroad. Elvis’s work was recognized for this prestigious award, thanks to his immense contributions made in peacebuilding and self-development activities in the Region.

“I am very thankful to the World Peace Initiative Foundation for giving me the opportunity to work with them with an approach to sustainable world peace through mindful practices. I extend my sincere appreciation to all those who have taken part in my activities and benefited from it and provided great feedback. I am also very grateful to the Commonwealth Youth Program for recognizing and acknowledging my contributions towards building a peaceful society. Young people have the potential to bring about sustainable development, they must not be underestimated and must always be encouraged and supported,” says Elvis Kumar, who has worked in 9 Pacific countries with the inner peace and meditation framework for self-development.

Apart from attending the Commonwealth Youth Forum hosted during the Commonwealth Heads of Government Meeting, Elvis was awarded with a certificate of achievement, a trophy and £1000 cash prize. During the Forum, Elvis also met with HRH Prince Harry, Meghan Markle, HRH Prince of Wales and Duchess of Cornwall Camilla Parker and discussed his development work.

The Commonwealth Youth Awards for Excellence in Development Work 2018 aimed to raise the profile of young people and highlight the contribution they are making towards developing a fairer, sustainable, peaceful, and prosperous future for the Commonwealth.