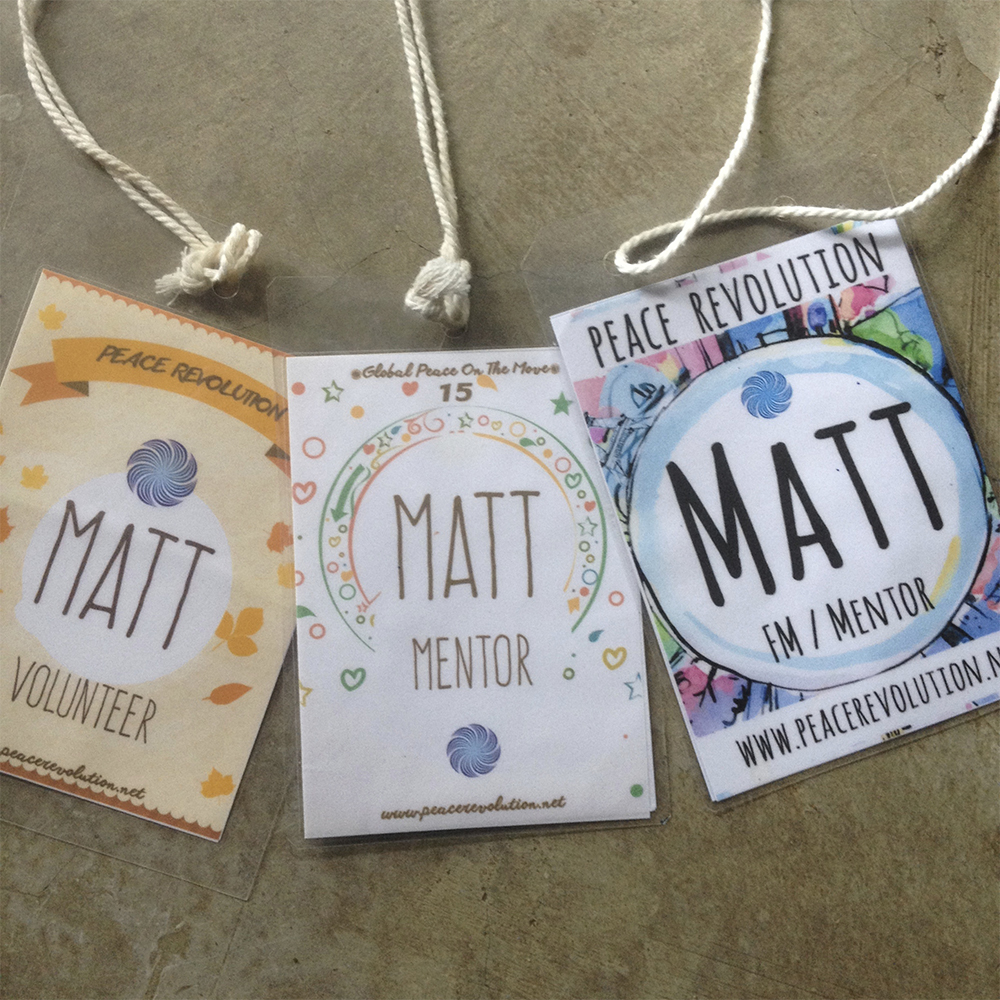 My Path with Peace Revolution

In January 2014 I embarked on a new chapter in my life. I now understand that we are constantly beginning and ending chapters in our lives, day-to-day, but this seemed like one very epic beginning, like the pages of my book tore out, transformed into a flock of origami cranes, and carried me in my sleep to start a whole new volume, a second life.

In September 2013 while descending slowly into the abyss of Central London, and peering longingly at the sun setting through the towers, desperate to witness an outstretched horizon, I gladly received an email from a guy asking me if I could publish an article on my blog www.creaturemag.com about an upcoming Artistic Meditation Retreat. I read about the project, checked in on the Peace Revolution website and started meditating right away, I decided that as well as helping to promote the project I would also apply personally. It came, like most things do, at just the right time. 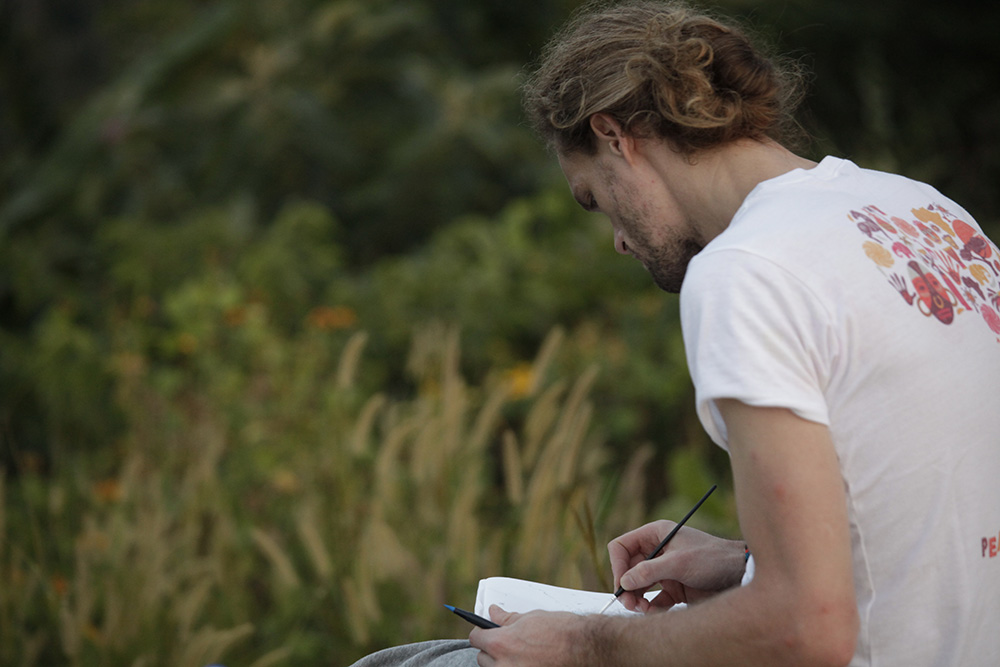 I had always had a vague interest in meditation, however it seemed like a distant luxury for those who had found some means of transcending economic responsibilities, either through their own hard work and saving, through “luck”, or through opting out and becoming some kind of monk or yogi! Little did I know that meditation was going to be the tool that helped me to realise a lot of the things I was gazing out of the window in search of.

My first delve into a regular meditation practice sent me spiralling through layers of physical and emotional discovery, loss, social conditioning, cultural expectations. But at the very core of this whirlwind of emotions, I noticed an unwavering stillness, like a solid sphere at the centre of my being, an awareness that was unaroused and unperturbed by what was occurring. So I persisted with the practice, completed the self development program and was accepted onto the first Artistic Meditation Retreat, in January 2014. 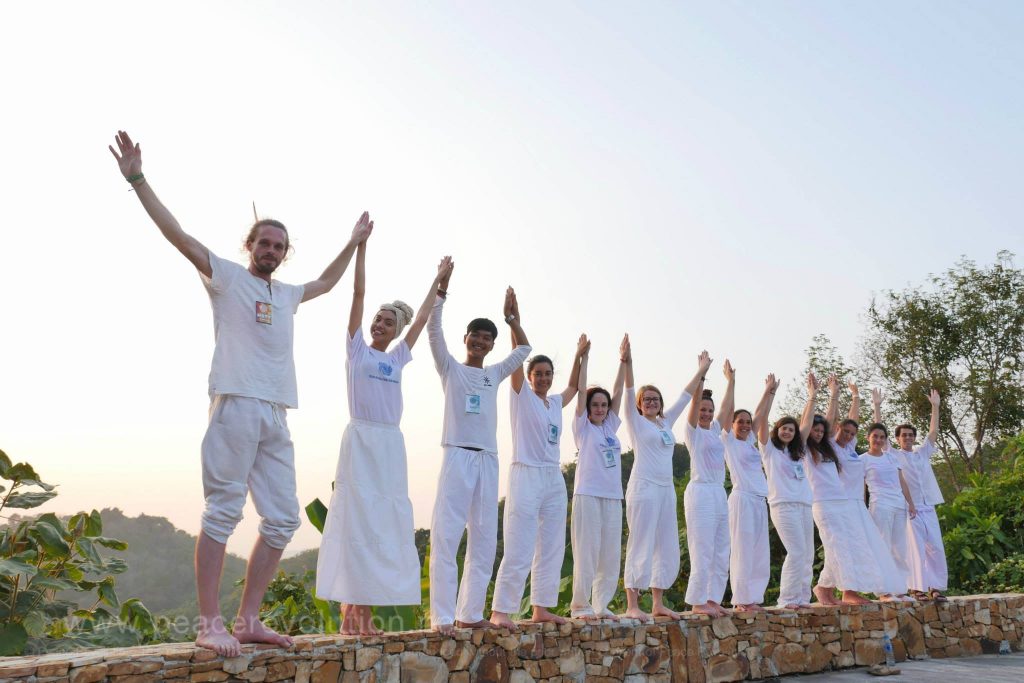 The retreat was a success for me on many levels, personally, creatively, emotionally and spiritually. I learned what I was, what I wasn’t, I realised my power, and at the forefront was a new found confidence and understanding of the benefit that meditation was having, not only on my creative output, but also on breaking down my armour, opening me up, making me a happier more communicative human being. Slowly showing itself to me was the idea that the meditative state is the default, preferred state of the human organism, to sit and melt into the environment is bliss for this bodily system.

The two weeks following the retreat was a challenging time spent processing the experience, I felt like I was floating on some bubble outside of “normal” reality, I was shocked by the immediate reintroduction into the “real world”, I did not feel like “myself” at all. While I visited my family and friends I spent most of the time drawing, it was a two week long outpouring of creativity that saw me produce some of my most interesting illustrations to date. But underneath this I still felt somewhat disjointed and conflicted.

As the joys and memories of the retreat faded the realisation set in; I was back in the U.K., back to the same old story, the daily shifts in front of the screen, in the never ending task of accumulating enough money to keep a roof over my head and food in my belly. I was concerned about my income, fearful that I was deconstructing everything I had built up over my life so far. It was as if I had taken nothing from the retreat, the teachings, from the flood of expression that followed the retreat, there was an open doorway out of this cycle, but it seemed I was unable to walk through. It seemed I had not let go of anything and I was shocked and disappointed to have returned to my old patterns out of sheer habit and fear. However, throughout it all, I continued with my meditation practice. 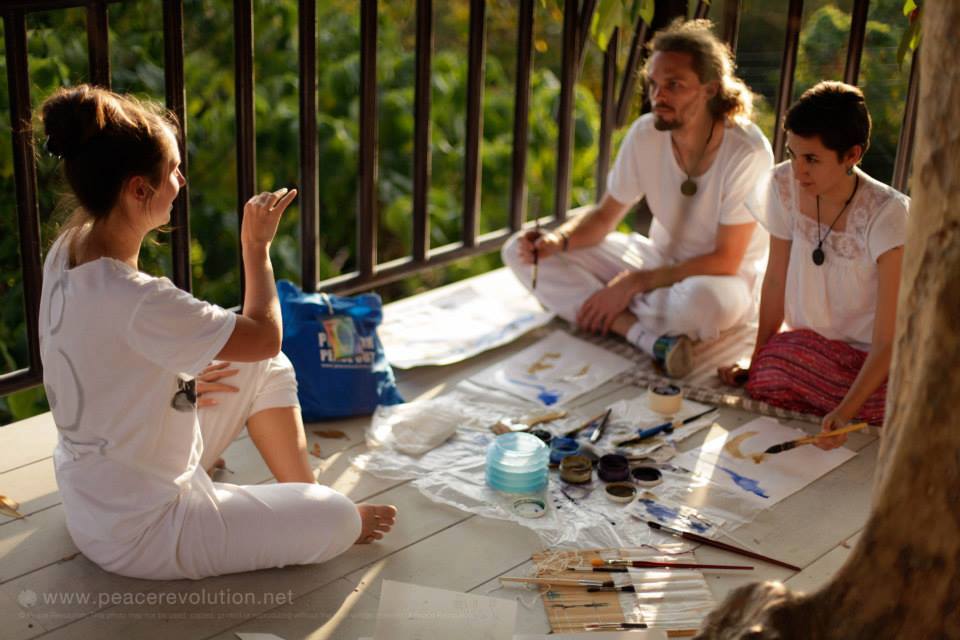 It was two months later when I properly realised that I had fallen back into what I wanted to escape. I realised that what I had experienced two months before was the epic life changing event that I had been waiting for. This was the revolution I had been promised in daydreams, it just showed up in a more peaceful package than I had expected. I also realised that I needed this time to reflect on the entire process, to embed it within my system and to reach the conclusion that this meditation practice, this contribution to the Peace Revolution project was a part of my new path, this is the way I was going to change my life.

So I wrote to Ping Ping, the Peace Revolution Director, telling her about my experience, she explained how the Peace Revolution door is always open and suggested I become a Peace Coach. I completed the peace coach test, started coaching right away and soon became eligible to volunteer at the European fellowship in Belgium in September 2014. 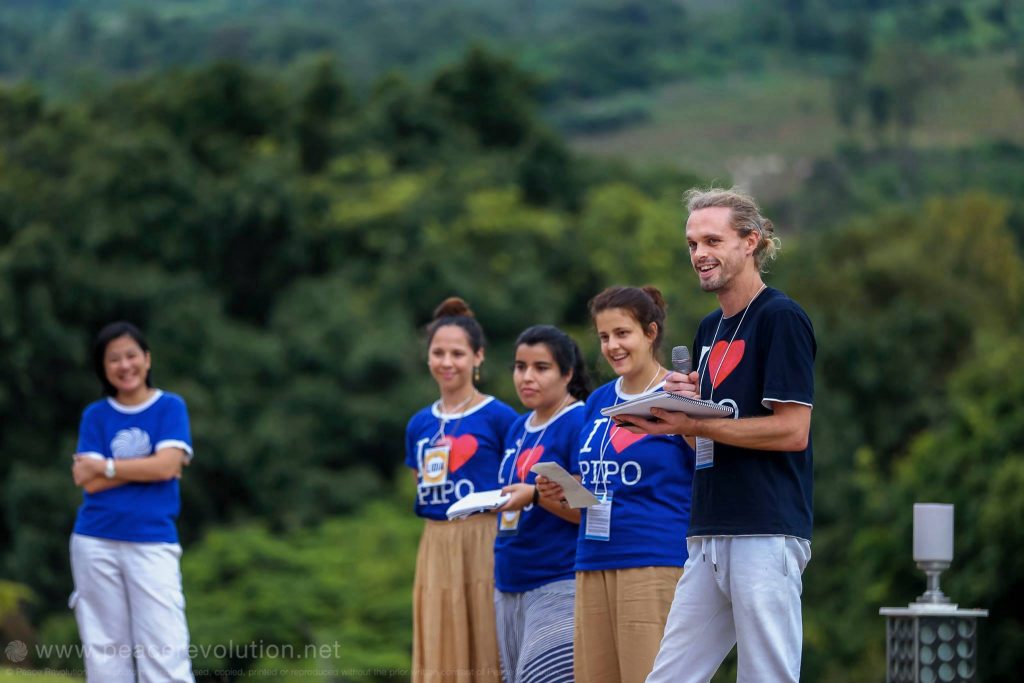 Here I was introduced to more of the amazing Peace Revolution contributors and realised that expanding much further than the group of artists I had shared those two weeks with was an open community dedicated to their meditation practice and to the mission of peace, dedicated to sharing, friendship, and self-development. I found kindred spirits and knew this was the start of a whole new story for me.

Matthew Witt is an artist, designer and dreamer. He works with Peace Revolution on a range of creative projects as well as managing the Artistic Meditation Retreat. You can see his art and illustration at www.wakeupscreaming.com. 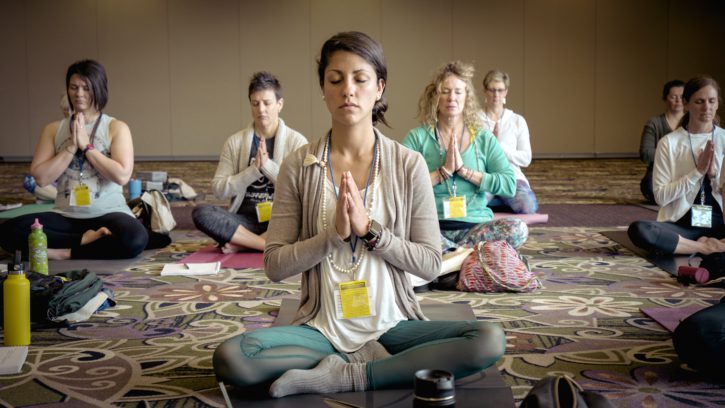