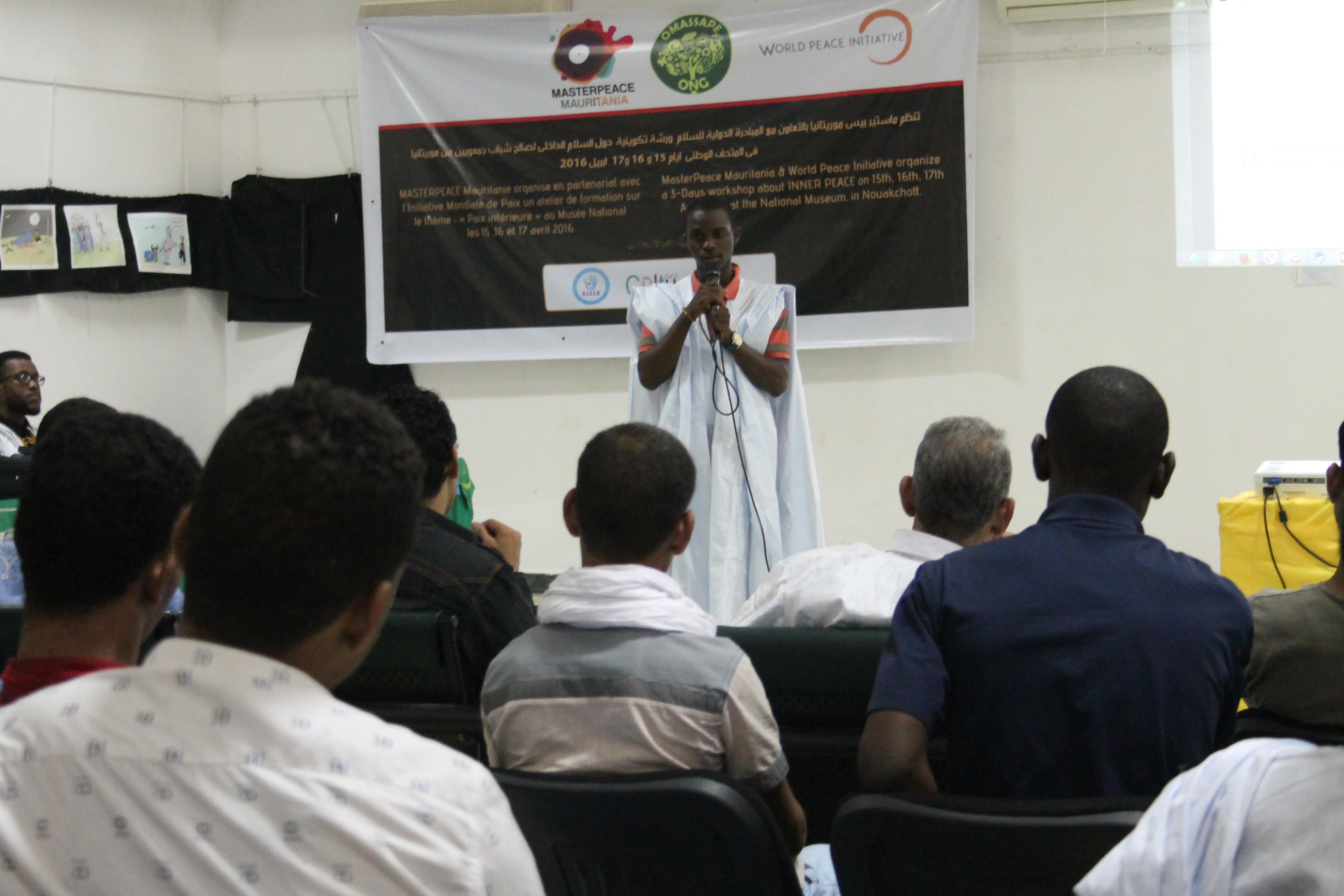 My peace mission around Africa – a lifetime experience.

It is in the human nature to always seek comfort and happiness, to dream and envisage the future with serenity or anxiety as well as always remain attached to the past to assure his or her identity. That nature almost every human being keeps filling out every day makes our mind to being permanently avoiding the present moment, yet the present moment is certainly important as it is the crucible in which our whole life unfolds. 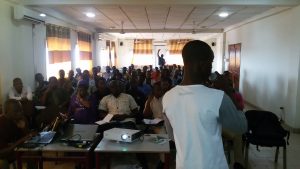 When we look at the reasons behind such an imposing way of life from which we can hardly escape, we notice that it is due to the fact that we are disconnected from our true self, we are not aware of our Divine nature and reduce everything to matter, especially our body. Fortunately, we are endowed with the capacity to free ourselves from the mental and emotional bondage we are subjected to, by the compulsive thoughts and emotions which invade our being every single second, and that’s the real and greatest liberation one can achieve as a human being. The great news is that somewhere around the world, a group of like-minded altruists is doing something great to help each individual on the planet reconnect to his/her Divine self, by helping them achieve their Inner Peace so as to make the enfranchisement from mental and emotional bondage a true reality.

That amazing group of altruists think that the incapacity of each individual to achieve their inner peace is the source of all the problems facing the world nowadays, and especially the absence of peace. So, they have launched a peace revolution and keep striving every day to address the issue by organizing various activities around the world to raise awareness on that fact and teach people how to achieve their inner peace with a powerful tool called Meditation. In that framework, they have impacted once again Africa by taking the good news to the young people of Guinea, Liberia, and Mauritania.

The Peace Architect Philippe Houinsou was invested with the noble mission of meeting and training the young people of the countries mentioned above on the Concept of Peace In Peace Out. Indeed, it has been a wonderful experience meeting so many young people thirsty of knowledge and eager to give their helping hand to achieve sustainable world peace.

From 7th through 9th, April 2016 we were in Guinea, facilitated by the Peace Rebel Amadou Tidiane Bah, and here we met more than two hundred young people, leaders, entrepreneurs, peace activists, government’s officials and students who created a good atmosphere for the concept to be shared with ease and excitement. The matter was more than the concern of a group of people, in fact; it was a state concern. Ministers and distinguished authorities bought into the idea and expressed their profound gratitude for having such an initiative brought to their land as a strong and systemic way of addressing the peace issue. In addition, they added their voice to the one of Peace Revolution to explain much more the importance of Inner Peace in the attainment of physical peace in every single community in Africa and the world. We meditated with the participants who expressed their satisfaction for being introduced to such a useful tool, which not only helps achieve peace in the society through inner peace but most importantly foster self-development, pledge of a sustainable development. We left behind us in Guinea, active young people ready to keep up with the practice and spread the news in their communities in order to have everyone chip in peace consolidation in Guinea.

Although frightened by the Ebola outbreaks, we succeeded in overcoming our fear and were able to meet more than two hundred young people, leaders, entrepreneurs, peace activists, and students in Liberia, the first country in Africa to become independent. As a matter of fact, the experience in Liberia was wonderful and it was made possible by the Peace Rebel Koryon Herodotus from 11th through 13th April, 2016. We have been amazed by the hospitality of a country which has once faced terrible conflicts, and which is deep into in the process of burying for good the hatchet, therefore, we would not have come at a more opportune moment. More than a mere concept and knowledge, for the participants it was a new light, the one that will definitively rid Liberia from its drives of conflicts. Hence, the event took a large proportion and became a concern of the Ministry of Education, which expressed its will to have the concept spread and adopt in the school curriculum throughout Liberia. This was made possible with the great leadership of the organizing team which deemed it necessary to take the concept to the next level, to the knowledge factory so that it is inculcated in the habit of the students, future leaders of the country. We meditated with the Deputy Minister for Instruction, main stakeholder in this affair, and she felt really happy for being introduced to such a breathtaking tool and gave her approval to achieve the goal mentioned above. The participants enjoyed a great deal the meditation sessions we had with them and said to have found the real path to achieving peace in their communities in order to foster sustainable peace in Liberia. 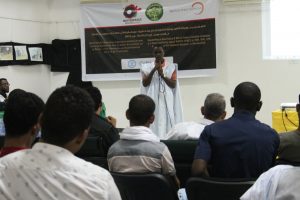 Mauritania is a nice country in the sense that it is free of conflicts and its people are pretty hospitable, the Peace Rebel Fatimetou Ghassem Cheikh gave us the opportunity to discover that country from 15th through 18th April, 2016. Here, we faced a major challenge in the beginning as the participants are so attached to their religion that they thought we came to convert them into a new one. Yet, we did not give up, rather, we tried to convince them with the scientific facts of meditation and its numberless benefits. At the end of the day, they bought totally into the concept and we were even awarded, by a renowned organization of the country, a certificate of recognition for our very significant contribution to the promotion of sustainable development through the culture of inner peace as a source of sustainable world peace. Throughout our short stay, we met and trained more than two hundred young people, leaders, and students, who view meditation henceforth as mean to achieve emotional intelligence in order to foster resonant leadership, a reliable way to ensure that this generation and the next ones can pursue they dreams in an adequate and peaceful environment. 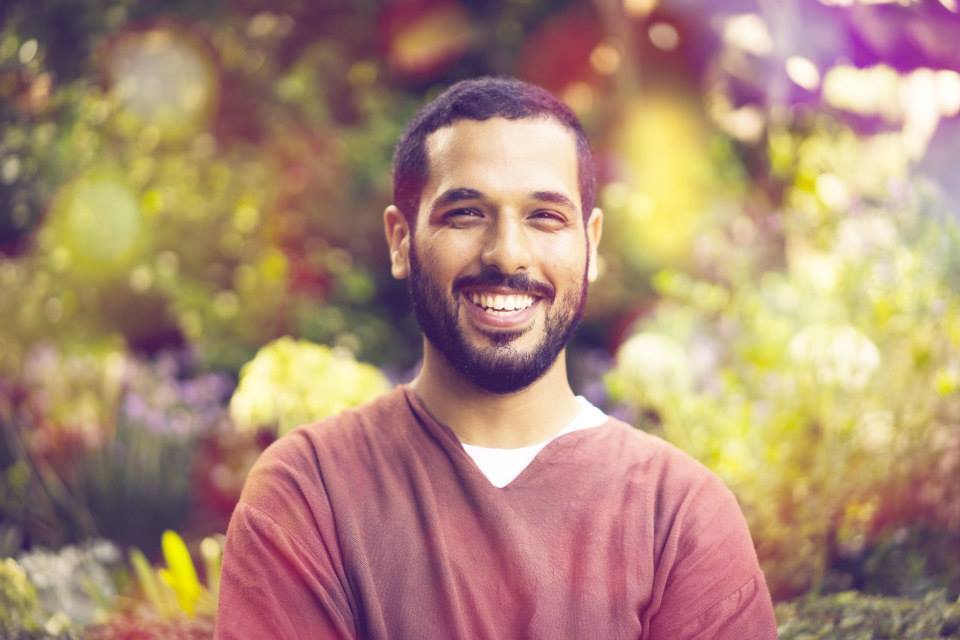