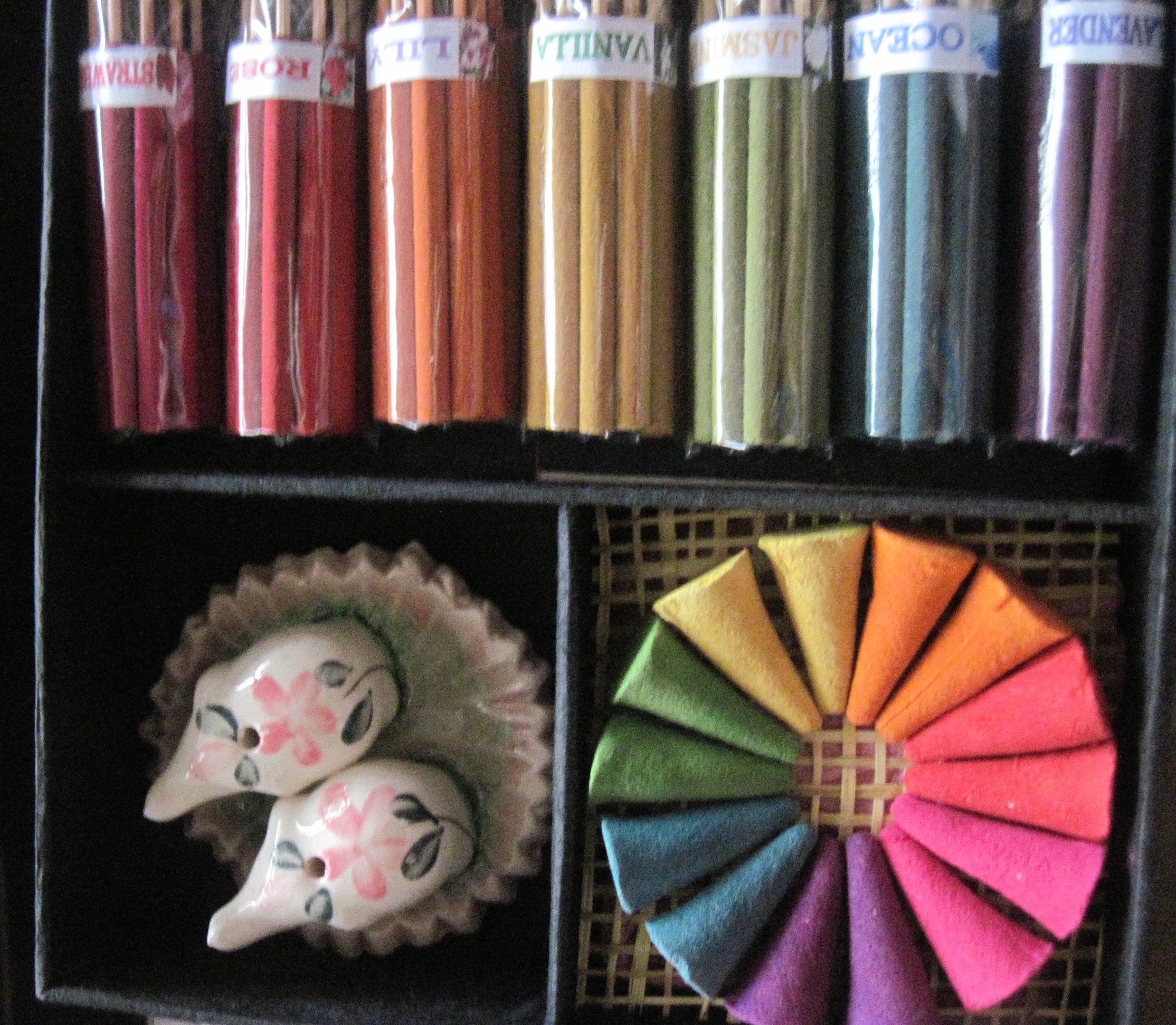 Our Connections: Giving, Exchanging and Sharing

In the last post we talked about avidya (not knowledge) or ignorance, that results in virupan (distorted image of reality) about the real nature of things. What is meant by real nature of things? In simplest and crudest of forms it can be translated as, ‘we are much more than our bodies.’ Any serious practitioner of meditation, at some point, has felt (or will feel) –‘an expansion of the self’ and ‘a connection to many (if not every) things in the universe.’

It is in this state that we are beyond dualities—right/wrong, good/evil etc. For those not-so-serious meditators this aspect of ‘seeing the real nature’ of things comes in various forms of ‘exchange’. Giving or receiving a gift, sharing a meal, creating a handmade artifact with much love and effort only to give it away. For every act of giving and sharing contains an element of recognition of the self in the other. Whether we give something to a friend, who we think is like us, or to a teacher who we think cares for us because she sees us, or because we want to be like her, or someone less fortunate who we think reminds us to be grateful for what we have.

Marcel Mauss, a French sociologist in his book, ‘The Gift’ considers this exchange merely a ‘barter system’ with an underlying logic, that ‘nothing is free’ and that all giving without any interest of a return is obligatory. I tend to disagree, because that knowledge results from ‘avidya’ and is a distortion of (virupan) real nature of the world, which is interconnected at the deepest level. A mother’s love for her child, a person’s love for his/her friend, where the ‘return’ may either take decades or may never happen are good examples. For understanding that level of giving, one has to understand that humans function on several levels. Market economies, where everything is judged in terms of ‘economic value’ easily loose touch with the soulful giving, therefore, project their distrust on gift giving.

This reminds me of an incident in my first semester of teaching in India. I was a fresh graduate, and still wondering what career path to choose, when I got selected to teach math to sixth graders in a school in New Delhi. One of my students brought me a box of Indian sweets, and I politely declined.

When I told my Dad, he said, ‘That was not appropriate.’

‘But, I thought it if I were to bring it home it would considered a bribe.’

‘Well, there are other ways of dealing with it.’

‘You could have opened the box and distributed the sweets to the entire class, and expanded that gesture to many.’

I, had never looked at that way. I thought a gift could be a bribe or worse, a contract, as Mauss had suggested.  Instead, what my Dad had suggested was radically different, a gift is just a gesture of a happy heart–and its purpose is to spread that happiness to many, be it through sharing the gift or sharing the happiness that you felt at receiving it.

When later that year, several students brought me sweets on Diwali, the Indian festival of lights, I either opened the boxes to share with the class, or gave away most of the contents to the cleaning staff at the school.

The love that was showered on me, expanded to many. I have lost touch with the students, and yet the beautiful memory of many little hands bringing me sweets has warmed my heart over the years. I imagine how they might have asked their parents to buy an extra box, how they asked the shopkeeper to wrap it in their favorite paper, and the joy they felt at offering it to me. The joy with which the little ones decided to bring me sweets, intangible and indescribable though it is, is the only thing that remains—adding a fine fragrance of simplicity of love to my memories of that time.

What has this got to do with meditation? Well, our true natures are pure love, which we tend to forget in the rigor of life, as we get caught up in various experiences and opinions that result from an imperfect perception—that every exchange must have an exchange value-economic or otherwise; time given to our friends and fellow human beings is equated with money and effort.

In meditation, we realize that our lives here on this planet are merely a blip in the story of this universe, and yet of great consequence, for we are connected with the thread of love that enriches the receiver just as much as the giver. Continued meditation practice enables us to experience our larger self that includes others, making us more empathic and compassionate—even when we do not know that these values will be reciprocated.

I have always meditated. In a manner, sometimes on a song, sometimes on a photograph or a quote. But in 2010, I took a formal class with the art of living in Sahaj Samadhi. We were asked to meditate a minimum of 20 minutes a day, twice a day. The transformation I saw in myself that year confirmed for me, what I had always known--meditation connects us to the vast ocean of our being that remains untapped unless we learn to quiet our mind from daily distractions--which we have been told are very important. In 2011, I was awarded Peace Revolution's meditation scholarship to a meditation retreat in Chiang Mai, Thailand. That gave me the opportunity to meditate for several hours a day for two continuos weeks. That experience, combined with meeting other Peace Revolution agents, changed me forever. I have incorporated meditation in my life on several levels--knowing fully well that our hectic lives do not always allow us time to be still. I have not shied away from only 2 minute meditation when I am short on time. I have tried one minute meditation every hour. However, I try to stick to 20 minutes, two times a day, as often as I can. But most importantly, being an educator, I have tried to start all my classes with a two minute silence--to initiate the students into this simple, effortless way of letting go and connecting with the vastness that we all are. Because I know that this connection reflects itself in all aspect of our lives.